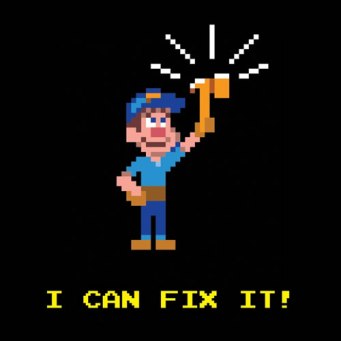 Recently, a coworker asked if I could repair their brand new laptop. I get a bit uncomfortable with repairing other people’s things because I worry that I am going to make things worse. All too often when I repair something for myself, it turns into a mess and takes longer to fix and more money than originally estimated. I help my coworker searched Ebay for a suitable replacement. She said she would order the part so long as I would fix it.

Fast forward a week and she, had the screen and asked me if I could install the new screen. In my lack of preparedness, I didn’t read up or search YouTube ahead of time on how to fix it. Luckily, I found this video which was very short and I could skip through to understand the steps.

This laptop is quite possibly the easiest screen repair I have ever done. The bezel removes just by puling it away.

This will reveal the four screws needed to unfasten the screen from the lid. I placed the screen against the keyboard and disconnected the the tiny LVDS cable from the panel. 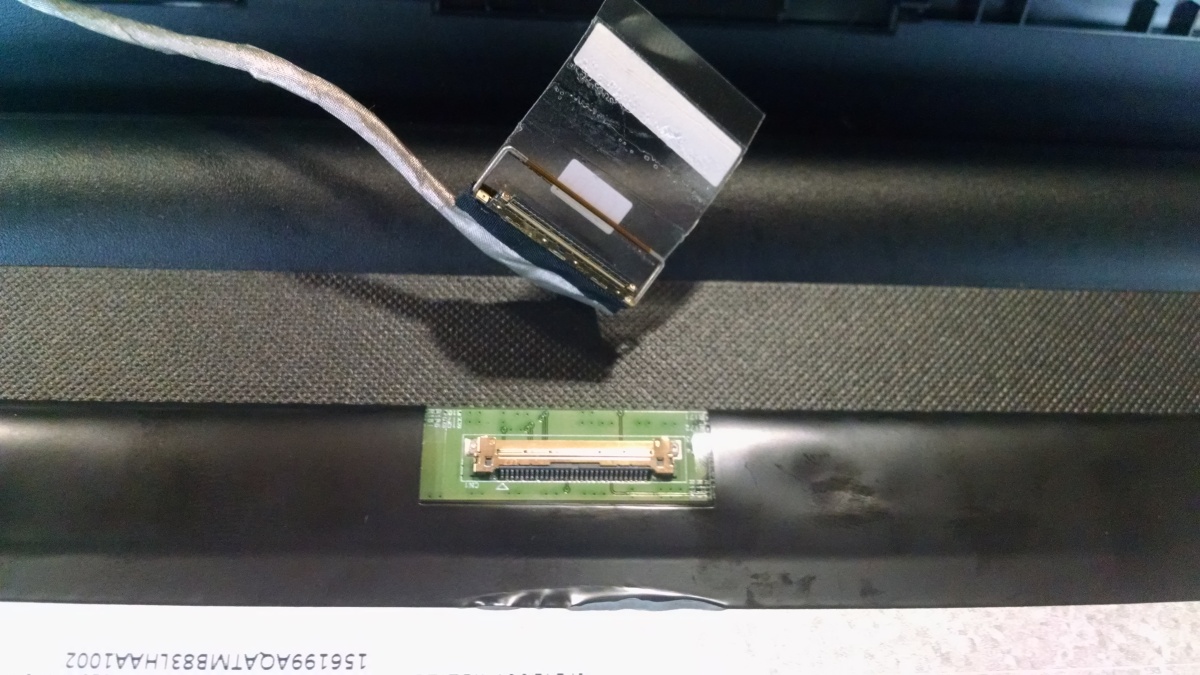 To install, reverse the steps… 4 screws, not hard.

After turning it on, I found that I didn’t connect the cable firmly enough. It started out just fine but as it started to boot up, there appeared a vertical line then just this blank gray screen (yeah, not hard). 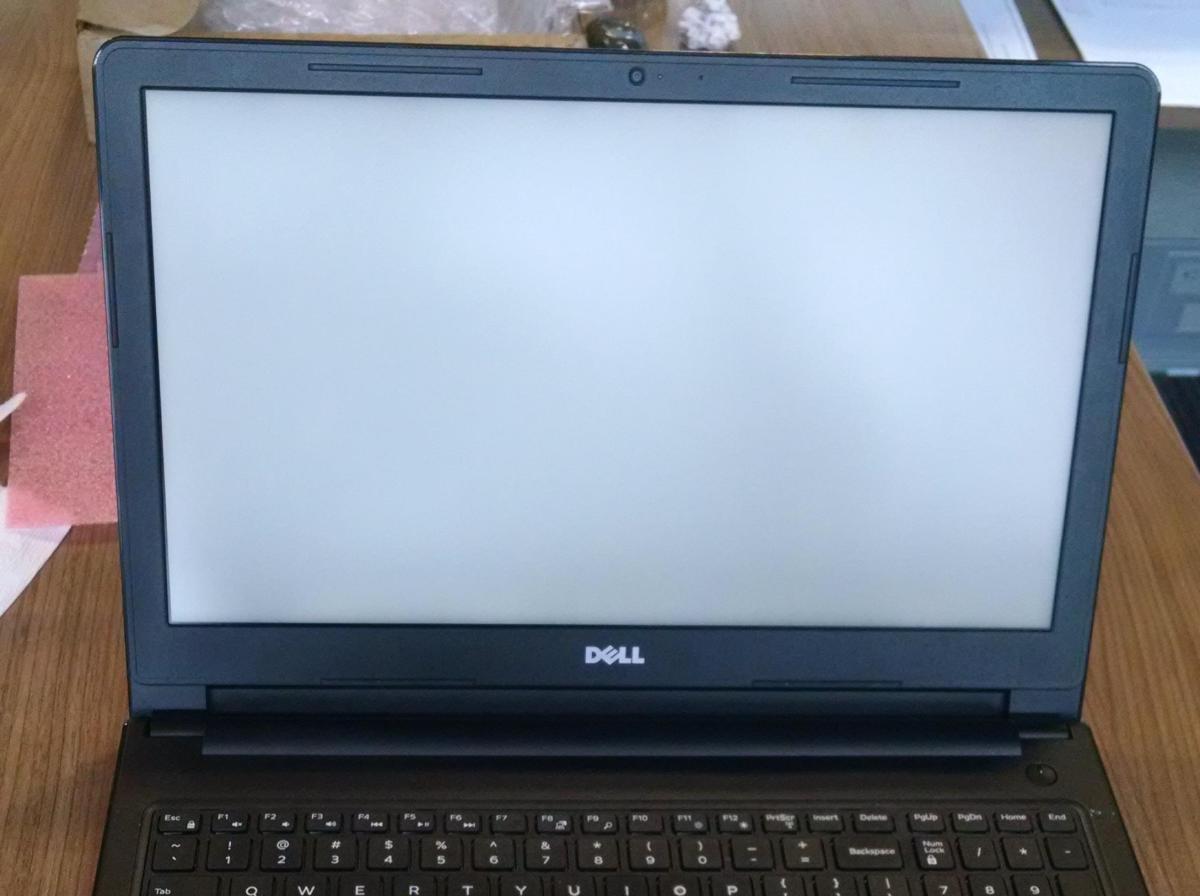 Initially, I had that cold sweat where I was afraid I did something terribly wrong. Without panicking, I took the screen back apart and re-seated the connector, ensuring that it was firmly in place. This time tested that it was indeed functioning before installing the bezel.

Be prepared before staring a fix-it project, especially for someone else. Have the proper tools and do the research ahead of time. Sure, this on-the-fly fix turned out fine but I have had laptop screen replacements be a giant pain and this could very well have become one. Also, pay close attention to the connector and ensure that it is seated properly and route any cables in the proper pathways in the screen assembly. That will make reassembly much easier

This computer is fairly nicely equipped for a basic machine. It has 4 GiB of RAM which is plenty for most users. I did observe that this thing is dreadfully slow in just about every measurable sense. Although brand new, it ran horribly slow. I know that Dell doesn’t just pump out garbage so my guess is it that this is a Windows problem. I will try to convince this coworker they need openSUSE installed. I am quite certain it would run much better.